About Us | A Detailed History

It started like this. Back in 1903, a long, long time ago, Glenn Taylor’s great-grandfather started the undertaking department of the Owensboro Livery Service. They rented horses and wagons and because they had transportation available, began undertaking on the side. 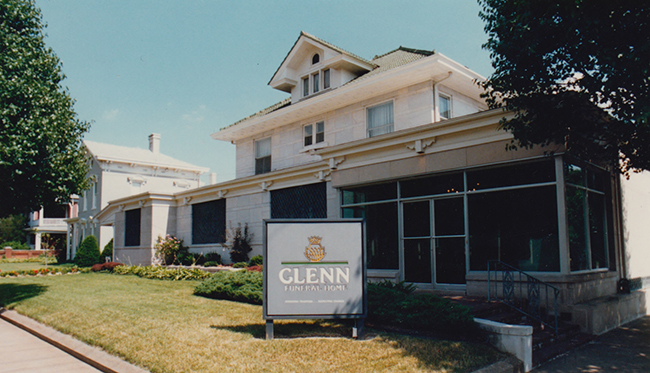 It’s sometimes remarkable to recall that everything, including many which we take for granted, began with someone doing it first. An example is being the first fully dedicated funeral home in Daviess County. Another is women in funeral service, with Mrs. Delbert J. Glenn becoming one of the first two women in Owensboro to become a licensed funeral director.

The next generation, Ira Taylor and Lucy Glenn Taylor, along with Allan Harl, Jr., was involved in the acquisition of Owensboro Memorial Gardens and constructing the first community mausoleum in Western Kentucky. The result was the first combination provider in Kentucky.

Glenn Taylor and his wife Camilla Harreld Taylor, both licensed funeral service professionals, directed the future growth of the company. In 1982, the first crematory west of Louisville was opened at Owensboro Memorial Gardens, making Glenn Family Services the first on site provider of cremation in Western Kentucky.

Owensboro PreArrangement Center, a provider of trust and insurance offerings for the funding of funeral care before the need arises was formed in the 1980’s.

In 1989, Glenn Funeral Home opened its spacious and gracious facility at Breckenridge and Old Hartford Road. It included the Owensboro’s first dedicated formal chapel and the first children’s room for visitors.

Glenn Family Services was the first organization in the area of any type to provide community outreach in the form of grief recovery. It remains at the forefront of continuing care.

That’s a fine long history of firsts, of commitment and leadership. More than 100 years. It’s important. But not as important as what it means to you today. It’s simply an indication of our commitment to provide exceptional care to you and the families of our area; to honoring tradition and respecting change. From hometown friends you can rely on.