Janet Collins Taylor, 92, formerly of Dixiana Ct, Owensboro, died, Saturday, December 29, 2001 at the Hillcrest Nursing and Rehabilitation Center.The McLean County native was retired from Glenmore Distillery where she was a secretary/clerk. She was a member of Dawson Baptist Church and was the church organist for many years. Her husband, Hugh W. Taylor…

Mamie Neal Offut Pierce, 76, of 1712 East 21st Street, Owensboro, died Saturday, December 29, 2001 at her home. She was born February 14, 1925 in Daviess County, Kentucky the daughter of Arthur Goeble and Melvilla Newcom Neal. She retired from the meat department at Wetzels Grocery, attended 1st Assembly of God Church and was…

Mildred Pauline Williams, 76, died, Friday, December 28, 2001 at her residence. The Herndon, KY native was a homemaker and member of the Laughton, OK Church of Christ. She enjoyed collecting dolls and had worked as an antique dealer.She is survived by her husband, Milton Williams; a son, Donald Williams of Ca.; five grandchildren and… 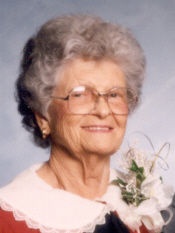 Mary I. Mayme Mattingly, 89, of 2501 Old Hartford Road, Owensboro, died Monday, December 24, 2001 at the Carmel Home. She was born May 3, 1912 in Daviess County, Kentucky the daughter of Ellis and Henrietta Millay Lanham. Her husband, Joseph E. Buck Mattingly, died March 31, 1992.Mrs. Mattingly retired from Brescia University as a…

Clarence M. Cole, 86, of Owensboro died December 22, 2001 at Hermitage Manor Nursing and Rehabilitation Center.The Ohio County native retired as head of the Purchasing Department of the then Central Bank and Trust Company. A member of Seven Hills Baptist Church, he served as a deacon and was active in the senior adult program.…

Lester Keown, 80, of 5129 Grandview Dr., Owensboro, died Monday, December 17, 2001 at his home. The Ohio County native was a member of Yellow Creek Baptist Church and Ensor F&AM Lodge 729. He retired from General Electric after 33 years and enjoyed hunting, gardening, and spending time with his grandchildren.He is survived by his… 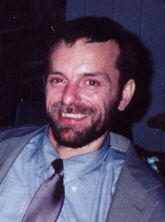 David D. Kimble, 44, of Lexington died Monday, December 10, 2001, at St. Joseph Hospital in Lexington. The Evansville native retired from Kentucky Department of Revenue in 1999 and attended a Methodist Church. He was a Christian, received an accounting degree from the University of Kentucky and was appointed to the governor's task force on…