Randy Joe Austin, 30, of 2003 E. 20th St, Owensboro, died, Sunday, December 9, 2001 at his home. The Evansville native had worked at Packages Unlimited and enjoyed hunting and fishing.He is survibed by his mother, Brenda Jo Gualandi of Owensboro; two sons, Tyler Brooks of North Judson, IN and Randy Joe DelleChiaie of Owensboro;…

Dorothy Nell Marksberry Roberts, 65, of 7350 Jack Hinton Rd, Philpot, died Friday, December 7, 2001 at Leisure Years Nursing Center. The Daviess County native was a member of Providence United Methodist Church, had worked at Wee Peoples Nursery for 8 years, and enjoyed being with her grandchildren, doing things for others and flower gardening.She… 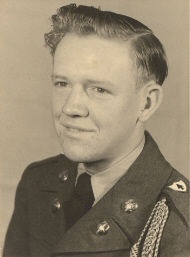 Mr. Mark Ray Reed, 69, of Newman, died Thursday, December 6, 2001 at his daughter's home. The Hancock County native retired from Owensboro Municipal Utilities after 27 years. He was a Baptist, member of Masonic Lodge 130, a Shriner, and was formerly a member of the Fraternal Order of Eagles. He was an Army veteran… 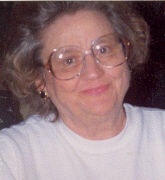 Charlotte Hein, 76, of 708 Canterbury Road, Owensboro, died Wednesday, December 05, 2001 at Owensboro Mercy Health System. She was born in Daviess County, Kentucky on January 2, 1925.Mrs. Hein retired as a secretary from Our Lady of Lourdes Catholic Church, working under Reverend Victor Boarman. She was a member of Our Lady of Lourdes…

Ann Pendleton Wooten Sabetta, 79, of Owensboro, died Wednesday, December 5, 2001, at her home. Her husband, Thomas J. Sabetta, Sr. preceeded her in death on May 8, 1972.Mrs. Sabetta had been an independent oil producer and country club developer. She was secretary-treasurer of Cox Drilling Company and had been involved in the development of…

Lucille Thompson Peak, 81, of 5117 Highway 81, North, Calhoun, died Tuesday, December 4,2001 at Owensboro Mercy Health System.The Daviess County, Kentucky native was a member of Glenville Baptist Church for more than 50 years, where she taught Sunday school and was president of the Missionary Society. She was a 52 years member of the… 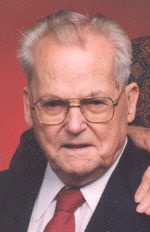 Mrs. Wilma Hayden Terry, 88, died Sunday, December 2, 2001 at the Carmel Home. The Daviess County native was a member of Blessed Mother Catholic Church, the Daughters of Isabella, Golden Care, and enjoyed quilting and needle work. She was a homemaker. She was preceded in death by her husband, Roy Lee ''Jack'' Terry in…

Clara Fuchs Nance, 96,of 209 East 24th Street died Nov.30, 2001 in Owensboro. Her husband, William B. Nance, died in 1961.The Hancock Co. native retired from South Central Bell following 47 years of service. She was a member of First Baptist Church, the Joy Sunday school class, the Senior Adult Choir, the Young at Heart… 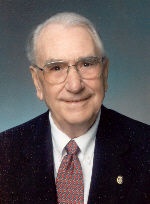 Joseph C. Higdon, 88, of 410 West Ninth Street, Owensboro, KY. died Thursday, November 29, 2001 at Paducah, KY. He was preceded in death by his wife, Mary Ellen Higdon, who died July 21, 2001.The St. Lawrence native was a funeral service associate with Glenn Funeral Home for 37 years, a member of St. Stephen…