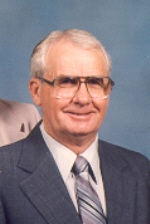 Bobby Joe Tomes, 70, of 3003 Meadowland Drive, died Friday, August 31, 2001 at Owensboro Mercy Health System. The Rumsey, Kentucky native was a member of Bellevue Baptist Church. He was retired from Commonwealth Aluminum and Ideal Pure Milk Company. He was a member of the Disabled American Veterans and the American Legion. He was…

George Bonds, Jr., 55 of 521 Elm St, Owensboro died Friday, August 31, 2001 at the Owensboro Mercy Health System. The Lewisport native was a member of Boilermakers Local No.40 and St Stephen Cathedral. He was an Army veteran of the Vietnam War and enoyed sports.Survivors include his wife of 21 years, Vicki Bray Bonds;…

Joseph Lee Cartwright, 86, of 1117 Ogelsby St, Owensboro, died Saturday, August 25, 2001 at the Owensboro Mercy Health System. The Breckenridge County native was a retired carpenter with Sargent-Sturgeon Builders. He was an Army veteran of World War II.Mr. Cartwright was preceded in death by his wife, Mary Elizabeth Johnson Cartwright in 1975 and…

Eugene Raphael Englert, age 76, of Jacksonville, Florida, died Sunday, August 18 after a valiant struggle with cancer. Gene was born in Owensboro, Kentucky to Hilary and Caroline Englert. He attended St. Bernard College in Alabama and graduated from Georgia Tech with a degree in Civil Engineering. He was commissioned by the United States Navy…

Thomas Jacob Beumel, 77, of Owensboro, Kentucky, died Friday, August 17, 2001 at his home. Born in Gatchel, Perry County, Indiana, on February 5, 1924, he was the son of the late Walter John Beumel and Bessie Lawalin Beumel.A member of Seven Hills Baptist Church, he was a Korean War Veteran awarded the Purple Heart…

Henrietta Louise Williams, 76, of 805 West Third Street, Owensboro, died Wednesday, August 15, 2001 at the Hillcrest Nursing and Rehabilitation Center. The Daviess County native was a member of the Fourth Street Baptist Church.She is survived by her husband, J.T. Williams; a sister, Edna Porter of Owensboro; 5 nieces and nephews; and 1 great-nephew.The…

Otto R. Hayden, 66, of 4611 Old Hartford Road, Owensboro, died there Sunday, August 12, 2001. He was born February 3, 1935 in Daviess County, Kentucky the son of late Ferdinand and Borgia Higdon Hayden. He was the owner of Otto Hayden Realty and a member of Blessed Mother Catholic Church. He was one of…

A. Josetta Coomes, 84, of 6188 Aull Road, Philpot, died Friday, August 10, 2001 at her home. The Daviess County native was a homemaker and a member of the St Lawrence Catholic Church. She enjoyed sewing, canning and being with her family.She is survived by her husband of 62 years, J.B. Coomes; four sons, Thomas…