Ruth Mev May Tucker, 65, of 2265 Maplebrook Court, Owensboro, died Sunday, November 18, 2001, at her home. The Hawesville native was a homemaker, a member of Walnut Memorial Baptist Church and enjoyed quilting, crafts and University of Kentucky basketball.Survivors include her husband, William Bill Tucker; two sons, Roger May of Owensboro and Ben May… 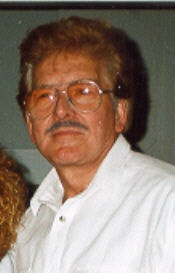 Robert D. Bob Westerfield, 65, of 1513 Hill Avenue, Owensboro, died Friday, November 16, 2001 at his home. He was born May 7, 1936 in Daviess County, Kentucky the son of Harlan and Ruby Mae Wedding Westerfield. Mr. Westerfield was an electrician with International Brotherhood Local # 58. He was a member of Immaculate Catholic…

Theresa Tommie Haynes, 81, of 822 East Third Street, Owensboro, died Thursday, November 15, 2001 at Owensboro Mercy Health System. She was born in Daviess County, Kentucky on December 23, 1919 she was the daughter of George Lawrence and Arlean Mattingly Haynes. She was retired from General Electric after 30 years of service. She was…

Michele Ann Johnson, 38, formerly of Reynolds Station, died Tuesday, November 13, 2001 at Kindred Hospital in Louisville. She was born July 25, 1963 in Passaic, NY the daughter of Michaele and Anastacia Kukic Kogan. She was preceded in death by her husband, Terry Lee Johnson, Sr. in 1997.Mrs. Johnson was employed at Davis Electric/Construction…

Dana Leah Carpenter, 39, of 6422 Sutherlin Lane, Masonville, died November 13, 2001, at her home. The Owensboro native graduated from Daviess County High School, received her Bachelor and Masters of Nursing from Western Kentucky University, had worked at St. Thomas Hospital in Nashville, St. Paul Hospital in Dallas and was attending chiropractic school at… 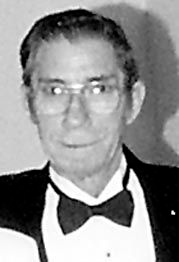 Hilda Kay Howell, 64, of 3507 Hawthorne Drive, Owensboro died Sunday, November 11, 2001 at Erlanger Hospital in Chattanooga, TN from injuries suffered in an August 26, 2001 automobile accident in Tullahoma, TN. She was born March 1, 1937 in Ennis, KY the daughter of Thomas and Oma Benton Robinson.Mrs. Howell was a caregiver at…