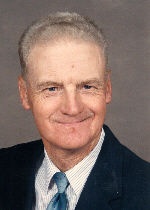 Thomas W. Coy, 79, of 3405 KY 81, Owensboro, died Sunday July 29, 2001 at Owensboro Mercy Health System. He was born in Daviess County on May 8, 1922 the son of the late Will Lee and Lula Mae Cheshire Coy.He retired from Daviess County Road Department after 41 years. He was a member of…

Mary Robinson Shourds, 78, of Owensboro died Saturday, July 28, 2001 at Redbanks Nursing Center in Henderson, Kentucky. She was born December 16, 1928 in Ohio County, Kentucky, and a daughter of the late Fred and Okla Hendrix Robinson.Mrs. Robinson retired from the former Owensboro-Daviess County Hospital, where she had been a cook. Her vocation…

Mary Elizabeth Bet Boling, 74 of Valley Station died Sunday July 28, 2001 at Norton Southwest Hospital in Louisville. She was born in Daviess County, KY on September 4, 1926 the daughter of the late James Bernard and Ann Farmer Martin. Her husband, Wallace Reid ''Buddy'' Boling, Sr. preceded her in death in 1999.Survivors include… 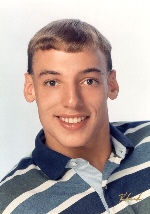 Lily R. Bolton Young, 83, of 1141 Greenbriar Road, Utica, died Tuesday, July 24, 2001, at Owensboro Mercy Health System. She was born April 12, 1918 in Daviess County, Kentucky the daughter of the late Orion Cox and Oma Carrie Fields Bolton.Mrs. Young was a homemaker and enjoyed cooking. She was a member of Utica…

John F. Jack Rogalski, 55, of 2238 Clarke Drive, Owensboro, passed away Tuesday July 24, 2001 at Owensboro Mercy Health System. He was born October 8, 1945 in Hammond, IN the son of the late Frank Andrew and Violet Stephenson Rogalski.He was retired from Inland Steel. He was a member of the Jaycee in Shererville,…

Edward Francis Pickett, Jr., 48, of 1644 Griffith Ave, Owensboro (formerly of Warner-Robbins, GA.) died, Tuesday, July 24, 2001 in Owensboro. Born in Munich, Germany, Mr. Pickett was retired from the United States Air Force serving 20 years and attaining the rank of Staff Sergeant. He was of the catholic faith and enjoyed scuba diving,…

Mary Helen Gilles, 82, of 1321 Center Street, Owensboro, died Tuesday July 24, 2001 at Hermitage Nursing and Rehabilitation Center. She was born October 4, 1918 in Owensboro, Kentucky the daughter of the late Leonard Lawrence and Generose Greenwell Wedding. Mrs. Gilles was a homemaker and trained employees at Ken-Rad in Seattle and Owensboro during…

Don A. Cansler, 71, of 808 Christopher Greenup Drive, Owensboro, died, Monday July 23, 2001 at his home. He was born in Graham, Kentucky on August 13, 1929 the son of the late Clarence and Ozie Dunning Cansler.He was retired from Green River Steel and was a veteran of the US Army. He was a…