Louise Cooper Snyder, 95, formerly of Henderson, died at The Hermitage July 8, 2001. She was the daughter of the late Harry Augustus and Birde Thornton Cooper. Survivors include two daughters, Betty Lett Shaw of Owensboro and Ann Chapman of Woodburn, Kentucky. Five grandchildren, nine great-grandchildren, and one great-great grandchild also survive. Her husband J.…

Pat Howe, 26, of 504 Sturbridge Place Owensboro, died Friday July 6, 2001 at Owensboro Mercy Health System. He was born December 22, 1974 in Owensboro the son of Bill Howe and Carolyn HoweHe was employed as a teacher at South Todd Elementary School. He enjoyed bowling, trivia games and throwing darts.Survivors include his mother,…

Terry J. TC Camp, 66, of 2006 Asbury Place Owensboro, died Friday July 6, 2001 at his home. He was born November 3, 1934 in Daviess County Kentucky the son of late Walter Paul and Mildred Tanner Camp. He was retired as a Maintenance Planner from National Southwire Aluminum after 21 years. He was a…

Charles CF Mattingly, 70, of 665 Danberry Street, Owensboro, died Thursday July 5, 2001 at his home. He was born February 24, 1931 in Daviess County Kentucky, the son of the late Casper & Anna Millay Mattingly. Mr. Mattingly retired as Supervisor from Yager Materials after 41 years. He was an Army veteran of the…

Pauline B. Polly Harrison, 86, of 2701 Frederica Street, Owensboro died Thursday July 5, 2001 at Owensboro Mercy Health System. She was born October 9, 1914 in Henderson County Kentucky the daughter of the late Rev. John Hubert and Sarah Reid Boswell. Mrs. Harrison was preceded in death by her husband, Roy M. Harrison on…

Frances Louise Henning, 83, of the Carmel Home, died Thursday July 5, 2001 at Owensboro Mercy Health System. She was born April 16, 1918 in Daviess County Kentucky the daughter of the late David and Vera Petrie Henning.She retired after 25 years as an operator for South Central Bell. She was a member of Immaculate… 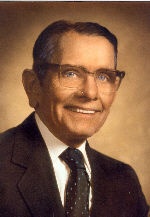 Herman Dink Baskett, 83, of 3007 Sterling Court, Owensboro, KY died Thursday June 28, 2001 at Hermitage Nursing Home. He was born November 29, 2001 in Daviess County, Kentucky, son of the late Ernest and Ursa Delle Jones Baskett.He was retired from Field Packing Company as manager of field farms. He was a member of… 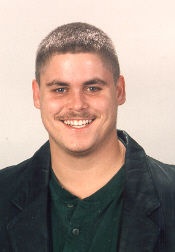 Ryan K. Buck, 25, of 2617 Wimsatt Court, Owensboro, died Thursday June 28, 2001 at John C. Lincoln Hospital, North Mountain in Phoenix. He was born in Daviess County on July 19, 1975, the son of Gilbert R. and the late Delores Harley Buck.Mr. Buck was a student at Motorcycle Mechanics Institute in Phoenix. He…

Joe D. Sharp, 85, of 4404 Lake Forrest Drive, Owensboro, KY 42303 died Thursday June 28, 2001 at Owensboro Mercy Health System. He was born in Muhlenberg County on December 29, 1915, he was the son of the late William D. and Clem Danks Sharp.He was retired from Green River Steel as Superintendent of Shipping…

Mr. Bobby Clay Spicer, 71, of 260 Coast Guard Lane, Owensboro, died Sunday, June 24, 2001 at his home. The McLean County native was a charter member of the St Andrews Presbyterian Church and retired after 36 years as a machinist with General Electric and MPD. He was an Air Force veteran of the Korean…