David Clifton Roberts, 69, of 3531 Surrey Dr. East, Owensboro, died Saturday, June 23, 2001 at the Owensboro Mercy Health System. The Hancock County native was retired from Hon Company after 39 years service as a Finisher. A member of the Chestnut Grove Baptist Church, he was a member of the United Steel Workers and…

Mr. Clement Lee Mitchell, 72, of 6823 Oakford Rd, Stanley, died Saturday, June 23, 2001 at his home. A native of Stanley, he was a farmer and life long member of St Peter of Alcantara Catholic Church. He was preceded in death by a son, Joseph Edward Mitchell in 1985.He is survived by his wife… 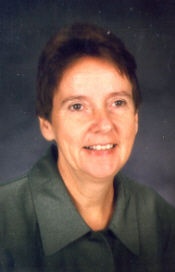 Joan Trent Hatton, 53, of 1100 Woodmere Lane, Owensboro, died at her home Wednesday, June 20, 2001. She was born September 7, 1947 in Letcher County, Kentucky, the daughter of Edna Thomas Trent and the late Hager Trent.Mrs. Hatton taught in the Daviess County school system for 11 years at Masonville and Deer Park schools.…

Bernard J. Payne, 77, of 392 Schafer Camp Road, Pellville died Wednesday June 20, 2001 at his home. He was born February 15, 1924 in Daviess County, Kentucky, son of the late James C. and Lettie Mae Aud Payne. Mr. Payne retired from the General Electric maintenance department. He was a member of Immaculate Conception…

Mary Jane Williams McCanless, 81, of 944 Eastwood Drive, Owensboro died Wednesday June 20, 2001 at Owensboro Mercy Health System. She was born April 24, 1920 in Davidson County, TN, daughter of the late Roy and Jenny Bonner Williams. She was preceded in death by her husband, E. B. McCanless, Jr. in 1972.She was a…

McGuire Mac Alexander Carrico, 86, of 718 Isaac Shelby Drive, Owensboro, formerly of Knottsville, died Monday, June 18, 2001 at Hermitage Nursing & Rehabilitation Center in Owensboro. He was born August 8, 1914 in Daviess County, Kentucky, the son of the late Joseph Ligouri and Nora Elizabeth Carrico. He was preceded in death by his…

Nellie B. Mason, 84, of Leisure Years, formerly of 2020 Hall Street, Owensboro died Monday, June 18, 2001 at Owensboro Mercy Health System. She was born February 10, 1917 in Daviess County, Kentucky, the daughter of the late John A. and Jennie V. Bray Rayman. She was preceded in death by her husband, Edgar Mason,…

Mr. Robert Westley Riley, 65, of 1513 Leitchfield Rd, Owensboro, died, Saturday, June 16, 2001, at his home. The Daviess County native was a retired truck driver for the City of Owensboro. He was a member of the Crabtree Avenue Baptist Church.He was preceded in death by his wife, Anita Louise Riley in 1997. He…

Mr. George Earl Wooldridge, 76, of 3122 Queens Way, Owensboro, died Friday, June 15, 2001 at the Owensboro Mercy Health System. The Daviess County native was a millwright and member of the Blessed Mother Catholic Church. He enjoyed farming and gardening.He was preceded in death by his wife, Maria Wooldridge in 1996. He is survived…