Mrs. Christine Lee Cobb, 78, of 904 East 21st St, Owensboro, died, Friday, June 15, 2001 at her home. The Muhlenberg County was retired from General Electric and was a member of the Breckenridge United Methodist Church where she was past director of the MYF and served on the Administrative Board. She enjoyed boating, skiing…

Mr. Jan Michael Hart, 51, of 8322 Lincoln Ave, Evansville, died, Friday, June 15, 2001 in Hopkins County, KY from injuries sustained in an automobile accident. He worked in property management and real estate development and was a co-founder of Summit Real Estate Development. He recently developed and owned Northville Shopping Center. A graduate of… 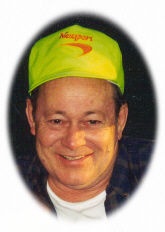 Charles Chuck Buskill, 60, of Owensboro died Wednesday June 13, 2001 at Vanderbilt University Hospital in Nashville, TN. He was born March 4, 1941 in Herrin, IL, he was the son of the late Richard Buskill and Wilda Wells Buskill.Mr. Buskill retired from Bell South in 1991 after 27 years. He was a member of… 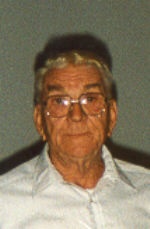 Mr. Vernie Daugherty, Sr., 63, of 625 Time Dr, Owensboro, died Wednesday, June 13 at his home. The Breckenridge County native was retired from Watkins Nursery and was of the Baptist Faith.He is survived by his wife of 41 years, Mary Beatrice Pierce Daugherty; two son, Vernie Daugherty, Jr. and Stephen Daugherty both of Owensboro;…

Caleb Taiki Thomason, 19 months, of 6817 Oklahoma-Laffoon Road, Whitesville died Wednesday June 13, 2001 at Owensboro Mercy Health System. The son of Chris and Kaori Thomason, he was born November 4, 1999 in Daviess County, Kentucky.Caleb loved to ride little motorcycles and electric 4-wheelers, swimming, playing with his brother, and riding with his Dad… 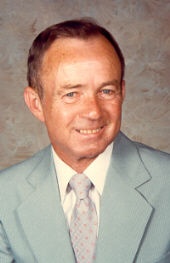 Robert Henning Lanham, 73 of 2031 Wyandotte Ave., Owensboro, died Tuesday June 12, 2001 at Owensboro Mercy Health System. He was born December 9, 1927 in Dickson, TN, he was the son of the late Charles Thomas Lanham and Mary Sue Henning. Retired after 50 years from the International Brotherhood of Electrical Workers Local #… 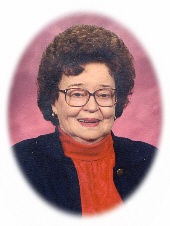 Margaret DeJarnette Lee, 77 of 2603 Baylor Place, Owensboro died Tuesday June 12, 2001 at Owensboro Mercy Health System. She was born July 28, 1923 in Hancock County, Kentucky, she was the daughter of Stewart DeJarnette and Katie Sue Newman DeJarnette. Mrs. Lee retired from G. E. as a tester. She was a member of…

Virginia Pierce Nash, 93, of Seffner Hills, FL, formerly of Owensboro, died Sunday June 10, 2001 at Beverly Health Care and Rehabilitation Center in Florida. The Daviess County native was a homemaker and a member of First Baptist Church in Brandon, FL.Survivors include her husband of 75 years, Roy T. Nash; a son, Roy L.…

Linda K. Boehm, 52, of Owensboro, died Thursday June 7, 2001 in Decatur, Illinois. She was born June 18, 1948 in Decature, Illinois she was the daughter of Everett J. Inman and Betty Kiser Inman of Decatur, IL.Mrs. Boehm was employed as Office Manager for 19 years at Owensboro Catholic High School. She was a…