William V. ''Bill'' Pruden, 69, of 252 St Anthony Road, Utica, died, Thursday, June 7, 2001 at the Owensboro Mercy Health System. The Daviess County native was a member of the Pleasant Grove Baptist Church where he was a deacon and Sunday school teacher. He was a retired national Sales Manager for V.E. Anderson Maufacturing.…

Mrs. Lois Jean Hadden Cezeski, 54, of 1307 Jackson St, Owensboro, died Tuesday, June 5, 2001 at her home. The Daviess County native was of the Baptist faith, loved to crotchet and knit and collected knitting needles and stuffed animals.Survivors include her husband of 15 years, William P. ''Ski'' Cezeski; a son, Melton ''Frank'' Cauley… 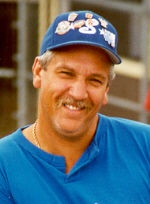 Gary Lee Crider, 47, of 2329 Wright Ave., Owensboro, died, Monday, June 4, 2001 at the Owensboro Mercy Health System. The Clinton, IA, native was a Union Carpenter with Local #90; a member of First Baptist Church; and was involved in Little League Baseball. He enjoyed his family and friends.Survivors include his wife of 18…

Mrs. Hazel Trodgon, 91, of 1614 Parrish Ave, Owensboro, died Saturday, June 2, 2001 at the Hermitage Nursing and Rehabilitation Center. The Ohio County native was a member of Seven Hills Baptist Church and the Order of the Eastern Star. She was a retired Private Duty Nurse.She was preceded in death by her husband, Roy…

Claude E. Peay, 87, of Owensboro died Friday June 1, 2001 at Owensboro Mercy Health System. Born October 1, 1913 in Butler County, Kentucky, he was the son of the late Lonnie A. Peay and Hazel Pearl Pendley Peay. Mr. Peay was preceded in death by a daughter, Hazel Peay in 1936.Mr. Peay retired from…

Mrs. Opal Eagleton Lawrence, 91, of Oklahoma City, OK (formerly of Owensboro), died Friday, June 1, 2001 at The Fountains at Canterbury Nursing Center in Oklahoma City. The Beecher, IL, native was a member of Settle United Methodist Church and the Suzanna Wesley Sunday School Class. She was an active volunteer in all church activities.She…

Lucy Winifred Roby, 76, of Owensboro, died Wednesday May 30, 2001 at Owensboro Mercy Health System. She was born December 12, 1924 in Daviess County, Kentucky, she was the daughter of the late Raphael Johnson and Julia Wathen Johnson. Her husband, Bernard J. Roby preceded her in death on February 22, 1993.Mrs. Roby was a… 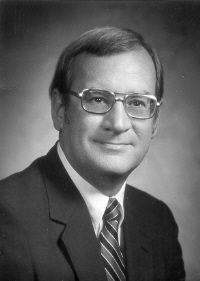 Joe Tanner, 66, of 1721 Mohawk Drive, Owensboro, died Wednesday May 30, 2001 at Owensboro Mercy Health System. Born October 31, 1934 in Owensboro, he was the son of Dorothy Tanner Miller and the late Perry Tanner.Mr. Tanner retired after 31 years as a State Farm agent. He was a member of Immaculate Catholic Church… 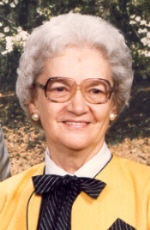 Ava Lee Robertson, 89, of 2808 Wesleyan Park Drive, Owensboro, died Wednesday May 30, 2001 at Caldwell County Memorial Hospital in Princeton. She was born in Ohio County on August 8, 1911, she was the daughter of the late Samuel Fleming Sharp and Ada Townsley Sharp. She was preceded in death by her husband, Robert…