Mr. Dorris Lee Leonard, 72, of 2324 North Stratford Dr, Owensboro, died, Wednesday, May 16, 2001 at the Owensboro Mercy Health System. The Daviess County native was owner and operator of Leonard's Fine Foods. The was a member of Parrish Ave Baptist Church and enjoyed fishing and NASCAR racing.He is survived by his wife of…

Mrs. Grace Ann Lucas, 78, of 3856 Bordeaux Loop S., Owensboro, died Tuesday, May 15, 2001 at the Owensboro Mercy Health System. The Ohio native was a retired telephone operator at the Allegheny General Hospital in Pittsburg, PA. She was a member of Trinity Lutheran Church in Pittsburg; a veteran of World War II and… 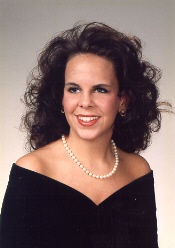 Megan Clark, 25, of 4120 Brentwood Drive, Owensboro died Tuesday May 15, 2001 of injuries sustained in an automobile accident. The daughter of P. Michael Clark and Rose Allen Clark of Owensboro, she was born December 23, 1975 in Evansville, Indiana.Megan Clark was employed in sales with Commonwealth Wine and Spirits. She was a member… 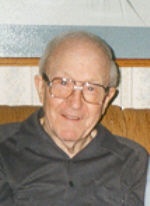 Mr. James Rudy Carden, 84, of Owensboro died Tuesday, May 15, 2001 at Wellington Parc Nursing Home. The Ohio County native was a member of First Baptist Church and the King's People Sunday School Class. He was a retired barber who had worked with his father at the Rudd Hotel Barber Shop and later had… 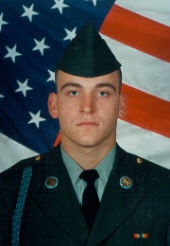 Mr. Darrick Ray Lindsey, 23, of Owensboro, died Sunday, May 13, 2001. The Daviess County native was a member of Glenville Baptist Church; a 1996 graduate of Apollo High School; and was an Army veteran who served in Haiti with the 82nd Airborne. Darrick loved all types of auto racing, hunting, sports, and home renovation.…

Mrs. Clara Mae Ford, 66, of 1524 Breckenridge St., Owensboro, died Saturday, may 12, 2001 at her home. The Daviess County native was a member of SS Joseph and Paul Catholic Church; was retired from General Electric and the Daviess County Hospital. She enjoyed walking, her pets, gardening and family cookouts.She was preceded in death…

Jane Sullivan Cahalan, 80, of 2501 Old Hartford Rd. Owensboro, died Friday, May 11, 2001 at the Carmel Home. The Houston, Texas native was a member of the Roman Catholic Church attending the Carmel Home Chapel; had served as an Elder and Deacon of First Presbyterian Church, and was a long-time volunteer at the Wendell…

H. Steven Blevins, 49, of Henderson died Thursday, May 10, 2001 at his home. The son of Harry Blevins of Bedford, IN and the late Stella Jones Blevins, he was born January 8, 1952 in Owensboro.He worked for the city of Henderson in gas measurement and distribution and was a Shriner. He enjoyed Indiana University…

Joseph A. Buck Mattingly, 87, of 2342 Hayden Bridge Road, Sorgho, died Tuesday, May 8, 2001 at Owensboro Mercy Health System. He was born October 28, 1913 in Daviess County, Kentucky, he was the son of the late George Paul Mattingly and Georgia Lee Vowels Mattingly. He was preceded in death by his wife, Louise…

James W. Jakie Cauley, 56, of Henderson died Monday May 7, 2001 at Methodist Hospital in Henderson. The son of the late Lambert Cauley and Rilla Smith Cauley, he was born March 22, 1945 in Daviess County, Kentucky.He was a boilermaker for Local 83 and an Army Veteran. He enjoyed working on cars and doing…